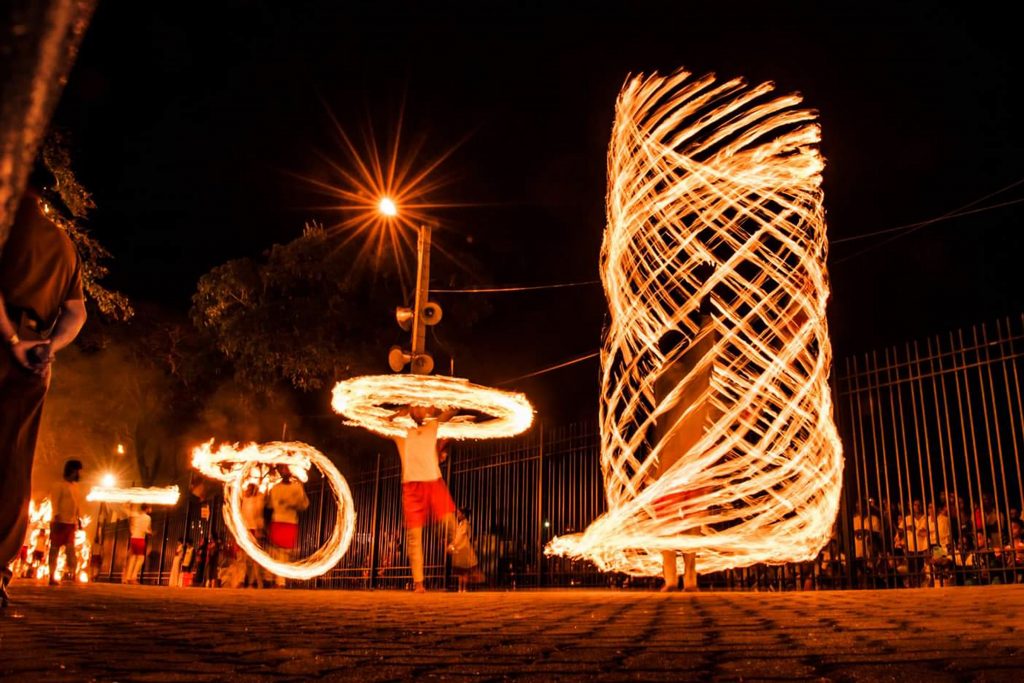 This tour covers Anuradhapura,  Polonnaruwa, Sigiriya, Kandy, Nuwara Eliya, and Galle within 10 days. Polonnaruwa (1982), ancient city of Sigiriya (1982), the sacred city of Anuradhapura (1982), the old town of Galle and its’ fortifications (1988), the sacred city of Kandy (1988) and golden temple of Dambulla (1991) are declared as world heritage sites by UNESCO. All these are an amazing creature of Sri Lankan kings and ancestors. Just send us an inquiry about your cultural tour plans in Sri Lanka we are here to customize itinerary for you.

One of the most significant and sacred cities that belong to the ancient world, Anuradhapura was the first capital of Sri Lanka. To the east of the Cultural Triangle, following the Anuradhapura era is the second ancient capital of Sri Lanka, Polonnaruwa. Capture the essence of Sri Lanka and take in seven of the country’s eight UNESCO World Heritage Sites. The sacred tooth relic of Lord Buddha is placed in Kandy in a temple known as the Sri Dalada Maligawa, one of the most venerable temples of the Buddhist world. It was tradition to house the sacred tooth relic in the city that the King chose to reside in and according to ancient scripts Kandy was the last capital in Sri Lanka.

At the airport you will be greeted by both our Overa representative and guide who will take you into the Colombo Hotel. Colombo is the commercial hub of the country and another sleepless city in the world, and it also capital of Lanka. Once you relax at the hotel, if you have spare time, our guide will lead you to some of Colombo’s curious sites.

Welcome to Anuradhapura. En Route visit to Pinnawala Elephant Orphanage which was founded to care and protect the many orphaned unweaned wild elephants found wandering in and near the forests of Sri Lanka. Anuradhapura is the ancient capital of Sri Lanka that possesses the crudest monuments. And all of them exhibit the ancient city’s magnificence. It is evident that the city was belonged to one of the civilizations of the primal world who were technologically more advanced in all the ways. You will see the pagodas which are sky high just like Egyptian Pyramids. While witnessing Aukana Buddha statue, the Thuparama temple, and the Isurumuniya rock carvings you will lose yourself in amazement.

Trincomalee is a port city on the northeast coast of Sri Lanka. Set on a peninsula, Fort Frederick was built by the Portuguese in the 17th century. Within its grounds, the grand Koneswaram Temple stands on Swami Rock cliff, a popular vantage point for blue-whale watching. The holy complex contains ornate shrines and a massive statue of Shiva. Nearby Gokanna Temple has panoramic views over the city and the coastline.

Sigiriya Rock Fortress, considered one of the amazing wonders of the Ancient World that truly needs to be witnessed to be believed. Located in the interior of Sri Lanka and The magnificent rock fortress of Sigiriya is visible for miles from all directions and dominates the surrounding plain. Sigiriya which was an ancient castle built by King Kasyapa during the 5th century AD is both a palace and fortressThe climb up Sigiriya is a challenge and takes about 90 minutes. You will pass by many peculiar parts of the fortress like The Mirror Wall, world famous Sigiriya Frescoes and the entrance to the Lion Gate. . Sufficient ruins remains to provide the visitor with a stunning perceptivity into the genuineness and creativeness of its builders. Ancient Sri Lankan architectural tradition is well displayed at Sigiriya which is the best preserved city centre in Asia from the first millennium.

Polonnaruwa is the second of the ancient of kingdoms in Sri Lanka. Today the ancient city of Polonnaruwa, which has been declared a World Heritage Site by UNESCO, remains one of the best planned archeological relic sites in the country. The Gal Viharaya rock temple, Watadage, majestic King’s Council Chamber, the Lotus Bath, the Lanka Thilaka Viharaya, and the statue of one of Polonnaruwa’s great kings, Parakramabahu, are a few of Polonnaruwa memorable sights. Parakrama Samudraya or the Sea of Parakrama is considered one of the greatest ancient man made irrigation systems in the world. You will be mistaken this for the ocean cause it’s a tank that much vast.

Welcome to Central Kingdom of Sri Lanka. Kandy is one of the most ancient cities in Sri Lanka and this city is known as the cultural capital of Sri Lanka as well as it represents the rich cultural heritage of the country. Additionally, the city is beautiful in all aspects and lies in the hills. It’s more suitable for relaxing and reflecting. Kandy gives shelter the tooth relic of the Lord Buddha, in the famous ‘Dalada Maligawa’ or ‘Temple of the Tooth.’ Every year, thousands of visitors are attracted by these temples and these visitors include devotee as well. There are also some other ancient temples alongside some landmarks that include the wonderful Peradeniya Botanical Gardens.

• Visit a tea plantation and factory

Welcome to Nuwara Eliya. It is located 1,889 meters above sea level in the central mountainous area, the temperature is 4-16 °C all year round. It is widely known as one of the favorite honeymoon destinations among locals and foreigners. During the British colonial period, many British people lived here, so many British-style buildings are there and Nuwaraeliya known as “Little England”. You can taste authentic British black tea at TEA FACTORY. Wonderful panoramic views of the lush plantations and misty hills can bring your another world. In the evening leisurely spend time in Gregory Lake. It was the most prominent attraction in the area and was used a place to relax by many visitors.

Galle City is famous old ancient city because of largest fortress in the Asia This Fort was built by the Dutch in 1663 and designated as a UNESCO World Heritage Site. Leisurely spend the day in this beach destination. And as your choices free for optional water sport activities, a full day you can enjoy with the beach sunbathing, swimming, Taste Sea foods and shopping.

Everything has to come the end. Your guide will take you back to the international airport for a take flight to home with blissful memories of your holiday in Sri Lanka. We hope and wish that you will visit this beautiful and historical country again

From $507.00
per Adult
Need help with booking? Send Us A Message