Sinharaja rainforest reserve is a bird watcher’s field paradise. It is definitely the most important bird watching site in Sri Lanka. Nearly all endemics occur at Sinharaja rainforest. Some endemics obviously originated in mainland India, but the long separation of Sri Lanka from the mainland allowed the birds to adapt and develop unique features. It is suggested that some mainland India bird species from which the Sri Lankan endemics descend from, might no longer exist at all. This is a prime reason for Sinharaja’s importance on a global scale. Furthermore, SInharaja is home to the most well studied mixed species foraging flock (bird wave) in the world. The average number of bird species foraging in a bird wave is 12. As many as 50 individual birds were recorded in a single bird wave. Ceylon Crested Drongos and Ceylon Rufous Babblers are noted to lead such bird waves. 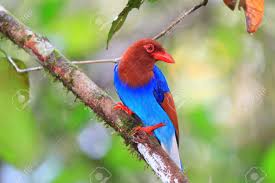 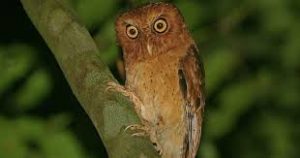